Say the words ‘Dubai expat’ and everyone has an image in their mind of who that person might be.

Perhaps it’s the lizard-skinned fifty-something who’s been here “since Sheikh Zayed Road was a sand track” (cue querulous old voice). Maybe it’s the ruddy-faced CEO propping up the golf club bar; the 20-something staggering from brunch to club in a whirl of alcohol-induced debauchery; or maybe it’s simply the bored wife with the fake smile counting the days till her husband’s posting is over.

Chances are you‘ve been slapped with one of those stereotypes the moment you’ve told anyone back home where you live.

But, as we all know, just as there’s no stereotypical stay-at-home Brit, there’s also no stereotypical Dubai expat. Some people choose to be here; some don’t. Some move here for money or career progression; some are refugees; some want to travel the world; others are running away from something. Every one of us has a different reason for moving to Dubai and that reason colours our experience of life here. Dubai’s expats come in many different tribes. Which are you?

The chameleon – These are restless souls. Chances are Dubai’s just one stop on the expat carousel for them, and they work on the basis that each new country is a chance to reinvent themselves – different countries, after all, offer different opportunities. As chameleons travel the world, they slip seamlessly from PR to life-coaching to real-estate sales to jewellery-making, enjoying a whole new experience in each place they stay.

The run-away – It’s been said that every expat is running away from something and, to some extent, it’s probably true. Whether it’s bad weather, income tax, a failed job, a failed relationship, or just the misery of having to live in the same town as the in-laws, run-aways are definitely here to escape something. But what happens when it goes wrong here? We all know the answer to that one… hello Singapore!

The digital nomad – Dubai sounds cool, so here I am! Like a grain of sand in a shamal, digital nomads breeze where the heart and inclination takes them – and, for now, its Dubai. Their work’s tied to nothing more than a laptop: blogger, vlogger, Instagrammer, writer, SEO, whatevs, you’ll see them in cafés, in trendy workspaces, on the beach, in a bikini (“from Namshi”) by the pool at Nikki Beach. It’s here, it’s now, it’s happening, they’re posting the visual evidence – and we’re all just that slightest bit envious of that youth and that freedom… aren’t we?

The lifer – Whatever it was that brought the lifers to Dubai in the first place, the one thing they’re certain of is that they’re never going home. You’ll find them propping up the oldest bars in town, telling stories of how “Doobers” used to be “back in the day”, hanging out on the ‘Dubai – the good old days’ Facebook page, and whinging about the newcomers who’ve never been to “Bastakiya” (the Al Fahidi Historical Neighbourhood these days) and who visit the Gold & Diamond Park for an immersive experience of Arabian culture…

The planner – The planners know exactly why they’re in Dubai and for how long they’re going to be here: they’ve done the maths and they’ve got the spreadsheets. Living on a budget it took them months to calculate, they know it’ll take precisely 7.6 years to save for their house deposit / pay off their mortgage / finish building their self-designed dream home. The planner’s entire expat experience is a means to an end; they’re focused to the point of having tunnel vision and they stick to his plan like glue: best friend’s birthday brunch at the Westin? If it ain’t in the budget, they ain’t goin’.

The explorers – You can easily spot the explorers: they’re the ones who’re so excited to be here, they can’t sit still. Literally. Every weekend is a chance for an adventure. They read guide books for fun and, after hours, when they’ve not got their noses in their Arabic phrase books, they’re trekking in the mountains, drumming in the desert, embedding with the locals or riding cargo ships to Iran. Exaggeration maybe, but you know what I mean.

The reluctant expats – These poor creatures miss home so badly that no-one knows why they don’t just book a one-way ticket and disappear back off to Croydon. You’ll find them sitting in the golf club bar with a stiff drink moaning about the school system, the driving, the heat, the dreadful restaurant service, and their fellow expats to anyone who’ll listen. Once the reluctant expat’s drunk, England takes on the properties of a magical utopia and all these poor souls can bang on about is how much they miss the rain, public transport, John Lewis, the mating song of the blackbird, and Tesco home delivery. My only sympathy with these group falls with reluctant spouses riding out the husband’s posting in a place they genuinely dislike. For you my lovelies, friends can help. Reach out. It’s what we’re here for.

British mum Annabel Kantaria has lived in Dubai for 19 years and is the author of best-selling domestic thrillers Coming Home and The Disappearance. The One That Got Away is out in May 2017.

1. Book: Coming Home
2. Book: The Disappearance
3. Book: The One That Got Away 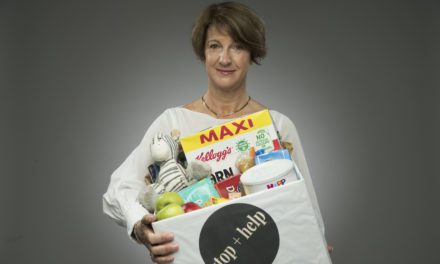 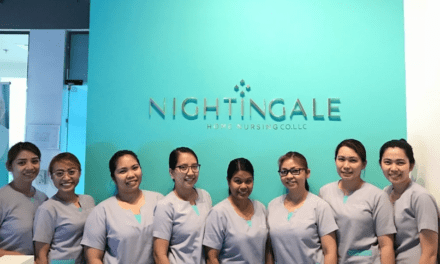 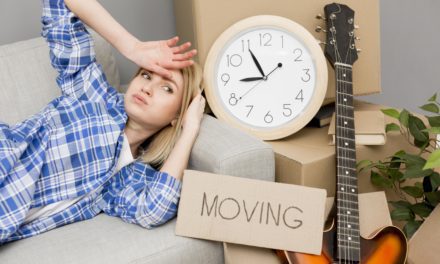 How to relocate from the UAE during the pandemic

Protect Your Child’s Future: Save the Umbilical Cord Blood at Birth

FAQ about tenancy contracts in Dubai