USING THE NHS AS AN EXPAT

Picture this; you’re on your annual pilgrimage to the motherland and offspring #2 develops a rash, spikes a fever and starts projectile vomiting. No great stress, you think, as you can pop to your local Doctor’s surgery in the morning. You never told them you were moving abroad so they’ll still have you registered and you’re a British citizen. That’s okay – you’re still entitled to use the NHS right? Hmmm… You might need to think again.

According to current info on the NHS website, entitlement to free care has nothing to do with whether you pay national insurance, have a property in the UK or are still registered with your GP; it’s purely a residency-based system, so it all rests on whether you’re living there or not. If you’re legally considered ‘ordinarily resident’ in the UK then you’re in the fold, but if you’ve moved abroad permanently you’re off the list and it’s pay as you go. This applies to Europe as well; as once a Brit has left the UK, you also lose your entitlement to the European Health Insurance card that covers you for free treatment throughout Europe.

Just to muddy the waters though, there are different rules according to the types of treatment, what you need and where. The NHS website says GP appointments at your local Doctors surgery should be free of charge, as should any emergency care be at A&E, but if it’s routine hospital treatment that’s required for a condition considered non-life threatening, you’ll need to pay as private patients as you’re not entitled to free care.

And to confuse things further, you’ll likely hear no end of conflicting stories from fellow British mums, as it seems it’s all about how up-to-date your local health authority is on current rules and how savvy – or insistent – they are about applying them.

British mum Rachel found herself in a sticky situation recently when she broke a foot while on her summer hols in the UK and had to call on her Dubai medical insurance to cover the bill for fixing it. Jo, on the other hand, told her maternity clinic several times she expected a bill for having her baby as she was living in Dubai and only visiting family in the UK, but hit a brick wall every time she tried to discuss payment. Confusing matters even further, Katie had her second child in Bristol, was told she didn’t have to pay (despite being honest about living overseas at the time) – and then received a bill for over £7,000 a few weeks after giving birth.

So… what to do? To cover all bases, it would probably be best to make sure your Dubai medical insurance covers you internationally and, if it doesn’t, consider adding international cover on if you can. Try not to panic if it’s unavoidable that you’ll be in the UK and needing hospital care for which you won’t be covered under the NHS, as there’ll be some benefits even if they’re not financial; you’ll likely have the support of grandparents and other family members, as well as a healthcare system you’re familiar with, and a host of other home comforts to hand.

Brexit and Other UK Matters – Are You Too Far Away To Care?

You Know You’re Back in the U.K. when…

Do I Need a 4 x 4 and Other Newbie Questions

How To Save Money Living in Dubai

Would you like to write for British Mums? If so we would love to hear from you? Please send us an email to blog@britishmums.com

The Truths About Being A British Mum In Dubai

Our take on life. Spend it well!

How British mums can look after their skincare products 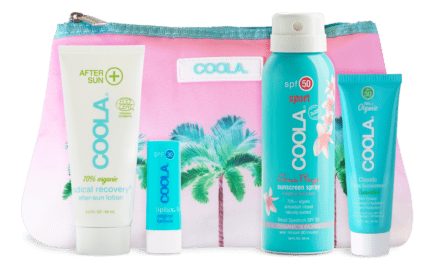 COOLA – 30% off Organic, Award Winning Sun Protection for all the Family