My story – the birth of a warrior

I was 32 weeks pregnant when my water broke. I was at home and had just gotten up to help my eight year old son set up a Skype call with my husband, a pilot who was away at the time. At first I thought it was another one of those things that happen during pregnancy and that I just hadn’t realised I needed to go to the bathroom. But as I rushed down the hall, I realised I could not stop the flow, and went cold all over.

It had been a difficult, high risk pregnancy. I had suffered two early miscarriages in the early days of my marriage and this was our miracle baby.

I phoned my mum, my husband and a friend and finally accepted that I was about to go into labour. I had a full emergency plan and was able to set it into motion very quickly. An hour after I was admitted, I was still leaking amniotic fluid. They checked the baby’s heart rate and called my doctor and luckily my contractions had not yet started so they put me on medication which would mature my baby’s lungs.

My husband managed to get a flight back quickly and spent the next ten days by my side as we waited for our baby to gain enough weight to be delivered safely.

Hano Liam was born via C-Section on 7th June 2017, weighing only 2.2kg. It was both the scariest and happiest day of my life. The procedure was unreal and even though I was awake, I really can’t remember much. It was cold, I was shaking and nauseous most of the time, and it was uncomfortable when the doctor was pulling at me. They had to put immense pressure on my chest to help push the baby out and since there was no more amniotic water left, I was cut very carefully to free him from the amniotic sac.

It felt so long between when they took him out until he gave his first cry. The doctor laughed happily when he gave that first cry, satisfied that the medication had indeed helped his lungs mature.

Hano spent 13 days in NICU. He could not latch properly and his sucking reflex was not fully developed. He also started bringing up his milk after feeds. There are no words to describe how awful it felt to leave him there when I was discharged. When he finally reached his goal weight and was able to drink enough milk with each feed, he was free to go home with us. My older (adopted) son was ecstatic to finally meet his brother!

The first 5 months was rocky. He had reflux and could not sleep in his cot on his back. I had to prop myself up and he slept on his tummy on my chest. We had to change his formula as he still did not want to breastfeed and had a lot of pain due to his reflux.

I was then made redundant when I went back to work after my maternity leave and it was quite a stressful time that our family navigated through.

I managed to start up my own Content Marketing agency and was lucky enough to also find full time employment a few months later.

Hano is now a bubbly, two year old little boy! He loves it when we read him stories, when he can play with the dogs and adores his bath time.

We are so blessed to have this little boy in our lives and even though the pregnancy and birth itself was stressful, I would not change anything. Hano means “God is gracious” and Liam means “Warrior”. We chose his names at the start of my pregnancy and did not realise just how suitable they would end up being.

Which Expat Tribe are you?

My story: Oscar and Autism

The day my husband lost his job

Would you like to write for British Mums? If so, we would love to hear from you. Please drop us an email to blog@britishmums.com 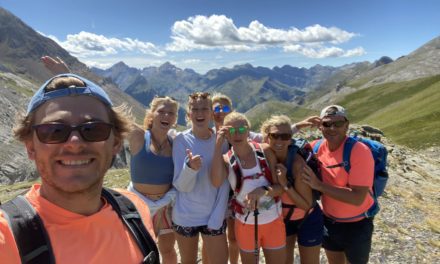 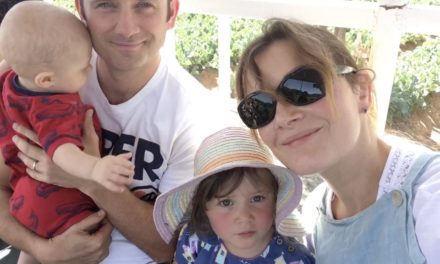 10 Things You Take For Granted Having A “Normal” Child