A Guide To The Laws On Pet Ownership In Dubai

Whether you’re a long-time expatriate in the city of Dubai or a recent transplant to this fabulous city, if you’re thinking of about adding a pet to your family, it’s essential for you to know about the laws in the emirate regarding pet ownership.

If you’re a proud owner of a furry baby, the UAE’s Federal National Council has laws regarding owning pets in Dubai, as well as the ban on exotic pets such as primates and big cats.

The stricter regulations surrounding pet ownership and the ban on the possession, trade, and breeding of exotic animals hopes to provide greater protection for humans and animals in Dubai, as well as ensure the prevention of animal-transmitted diseases and the ill-treatment of exotic pets.

Read on to learn about the laws regarding pet ownership in Dubai.

As of July 2017, Dubai and the rest of the UAE have been tightening up the leash on pet ownership. This means if you own a dog, they are not permitted on public beaches or parks.

Dog owners must also take care to ensure that their pets be on a dog leash in Dubai at all times. Walking dogs off-the-leash while out in public is thus illegal. All dogs must also be licensed, registered, and vaccinated. For convenience, many pet stores allow you to order pet ID tags online.

• All types of pit bulls

• All types of Mastiffs

• Any crossbreeds of the above six dogs

As registration is compulsory, owners of dogs that fit into the category of banned breeds will be required to hand over their pet to their local municipality or remove their dogs from the country. The UAE has emphasised that forfeited dogs will not be destroyed but rather sent to no-kill shelters before being rehomed abroad.

Dogs who categorically fit within the banned breeds list must muzzle their dogs while out in public.

Until recently, the UAE’s wealthier residents have been known for keeping exotic creatures as pets. For such residents, exotic pets were seen as a status symbol. But, in a landmark decision, President Sheikh Khalifa has issued Federal Law No. 22 of 2016 permanently banning the private ownership of such exotic creatures and a good job it is too!

Federal Law No. 22 of 2016 has also outlined stricter regulations for the possession, trade, and breeding of exotic and dangerous animals, and only establishments such as zoos, wildlife parks, and breeding and research centres are entitled to keep exotic creatures. This new law puts strict restrictions on any other entities.

Another law, Federal Law 18, introduced new amendments in late 2016. These amendments show much tougher penalties for people convicted of animal abuse. Anyone found guilty of abusing or participating in the illegal act of hunting, buying, or selling of animals face a heavier fine of AED 200,000. This is up from the previous fine of AED 5,000 which is great to see.

Using animals for scientific experiments without an official license also carries a fine of at least AED 50,000 and up to AED 200,000. Both amendments also carry a one-year prison term.

These laws and regulations also list a number of fines. Fines range from AED 10,000 all the way to AED 1,000,000. The list of fines mentioned in the new laws includes:

A fine of AED 50,000 right up to AED 500,000 and/or jail term for possession of dangerous animals for trading purposes.

3 to 7 Years of jail time for the owner of the animal if the attack of a dangerous animal causes permanent disability to a human (Note: This sentence increases to life imprisonment if the attack leads to death)

By tightening the leash on pet ownership and introducing tougher penalties for violators of the law, the UAE government hopes to set an example for the rest of the GCC regarding the ownership of exotic pets. It is hoped that the law will also help control the international trade of exotic creatures.

Further information rules and legislation regarding animal ownership, welfare, and responsibilities can be found on the official website of the Ministry of Climate Change and Environment.

Farah Al-Khojai is the Managing Partner of Pet’s Delight and holds a Bsc in Government from the London School of Economics.

She is proud to be at the helm of the first and the largest pet and equestrian care provider in the market representing world-class brands.

Places To Adopt A Pet In The UAE

Where To Take Tour Dog For A Walk In Dubai

How To Relocate Your Pet Back Home From the UAE

Would you like to write for British Mums? If so, we would love to hear from you. Please drop us an email to blog@britishmums.com

New Year’s Eve in Dubai: The Best Restaurants to ring in 2019

Beat the summer heat with these fabulous offers from Sprii! 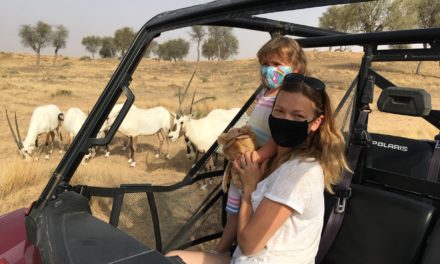 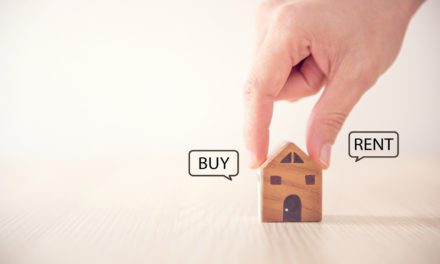