Many of us British mums have seen that Google image of Dubai that says ‘Circa 1990’ – an image of a vast desert landscape, and we simply can’t imagine what old Dubai was like, because most of us weren’t living here then. But have you ever wondered what living in Dubai was like, back in the day? Was it any better back then, than it is today? What did children do growing up in Dubai?

British Mums chatted to British mum Nicholla Henderson-Hall, who still lives with her family in Dubai and is owner of The Learning Curve Podcast, sharing interviews with women Entrepreneurs. In the first of a series, Nicholla enlights us and gives us a peak into what life was like as a British child growing up in Dubai…..

‘’The urban landscape of the Sheikh Zayed Road (formally known as the Abu Dhabi Road until about 1997) was a barren, sandy landscape for most of my childhood. Most areas consisted mainly of desert with pockets of buildings, homes and shops, and taking a sand track wasn’t an unusual road to take to anywhere.

My parents moved to the UAE in the late 1970’s and we started our Arabian adventure in Abu Dhabi and then moved to Dubai in 1982.  Since that date, we have seen Dubai become the urban metropolis that we all know today.  My parents still live in Dubai and we very much call the city our ‘home.’

Together with my Sister, Louissa, I had a great life growing up here. We both attended Al Khubairat British School in Abu Dhabi, before transferring to Jumeirah English Speaking School at Safa Park, and then went on to school at Dubai College.  There weren’t such waiting lists in those days!

Our first house in Dubai still stands today (which I can’t believe, as it was old then in 1982!) It’s up near Dubai Offshore Sailing Club in Jumeirah and today it’s a fashion boutique.  When I drive past it, I remember the road as it was; the big palm trees outside our house, and the herds of camels, cows or goats that would often pass our home. One of my favourite memories is coming home from school to find plenty of goats in our garden eating my mum’s flowers and watching my mum from the window take on the herd to remove them from the garden!  I was about 8 years old then; It still makes me laugh today.

The building along from our house now has the outlet Maria Bonita Taco shop but when I was little it was Abdul Hassan Supermarket – and that’s where we did our shopping!  Spinneys & Choithrams both had small supermarkets down on Beach Road where we also shopped, but both were really small retail spaces.

I remember the day Cadbury’s finally arrived in Spinneys….  British families from near and far of Jumeirah, raided Spinneys with delight. The excitement lasted for ages; and chocolate stories were top discussion at school and down at the club!

Across from Spinneys on the Beach Road we had ‘Fryer Tuck’ Fish and Chips; Oh they were so yummy, and we considered ourselves extremely lucky to have classic British fish and chips just up the road from us!

Life was super simple back then.  Unlike kids in the UK, Louissa and I didn’t have lots of TV channels – We had one channel called ‘Channel 33’ as it was called then (which is now Dubai One).  It started at 4pm after school with cartoons like the Babapapas and Danger Mouse; remember him? And as the evening progressed, we watched the Colbys or Dallas and eventually became a fan of the Bold and the Beautiful – which I still watch today!

When we were young, our time consisted of long, hot days at school and then afternoons at the pool; Louissa and I had a ton of pool toys – from bellyboards to underwater hoops that we swam through for hours. We also had awesome tans back then and our hair was highlighted blonde by constantly being in the sun.

I guess in someway you could call our daily life, ‘island life’ today.  Dad finished work at 2pm, Mum worked part time and family time at home was much more abundant that it is today; What with no TV and one radio station, it meant that we needed to be social most of the time.

Brunching did exist back then – but not like it is today. On Friday we would head down to the Intercontinental Dubai Hotel on the creek (which is now the Radisson Blu) and we’d enjoy what we knew as a ‘brunch’.  All the kids got toys from the hotel each week, parents got to relax and then we would head home early evening. Brunch in those days was a quieter event but I always loved the toys… Oh, the toys – but I’d even complain if I got the same thing twice!

Children in Dubai are so lucky today – Seriously, the amount of things to do in Dubai is immense (and probably overwhelming for children too), as every day you can literally do something different… But when I was a little, we didn’t have that variety; It was the beach, the pool, a souq trip or a trip to Al Ghurair Centre (Dubai’s original mall) – but that was about it really.

A highlight for us was Al Nasr Leisureland – particularly in the summer as there were no summer camps or activity centres back then.  I remember many a summer, when my Dad’s driver would pick up my Sister, her friend and I and we would go ice skating, go on the rides and eat burgers at Al Nasr Leisureland. I learnt recently that the restaurant in Al Nasr is still called ‘The Oddspot’ that I remember well.

Louissa and I were really good at creating games and activities for ourselves when we were homebound.  We didn’t go home for the summer like many of my friends did, because my Mum liked us all to go on holiday together, so we would stay and wait for Dad’s holiday time to start.  One thing we liked to play was ‘rent a car’ – We had bags and bags of cars and we would pretend we were a rental agency by creating road networks with our Majokits sets and we’d play for hours.

Ordering take away meals was a story in itself: Today we use apps, or call and give the restaurant our order and address, but when I was little, we picked up food ourselves and never had take away.  I remember the day Pizza Hut created a map of Jumeirah and ID’s to all the houses; It must have been around 1992, but it revolutionised take-away for us – and everyone else in Jumeirah! I recall our house ID was MM108, and that marked the milestone that finally we didn’t have to hand over complicated directions – we just shared our house number and the order was on its way – Brilliant – and life changing, and Pizza Hut made a killing just from solving the dreaded answer to ‘where is your house?’ problem alone!

I have many friends who I grew up with who still live in Dubai today and no doubt they will have their own similar stories too.  As a child, Dubai life was awesome – simply awesome – worries were limited and fun was infinite. I feel very lucky to hold on to memories of Dubai before the boom of property, skyscrapers, shopping malls and world records, and  I love sharing places, stories, and moments with my Daughter so she can feel connected to Dubai too and hopefully tell the stories in many years to come.

Everything you need to know about Disneyland Paris 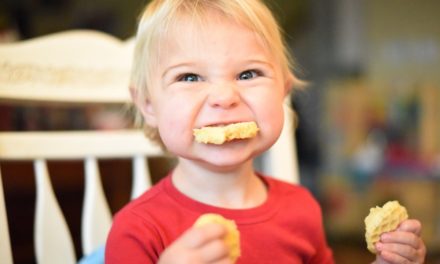 BIG 5 GAME VIEWING A SHORT HOP AWAY FROM CAPE TOWN