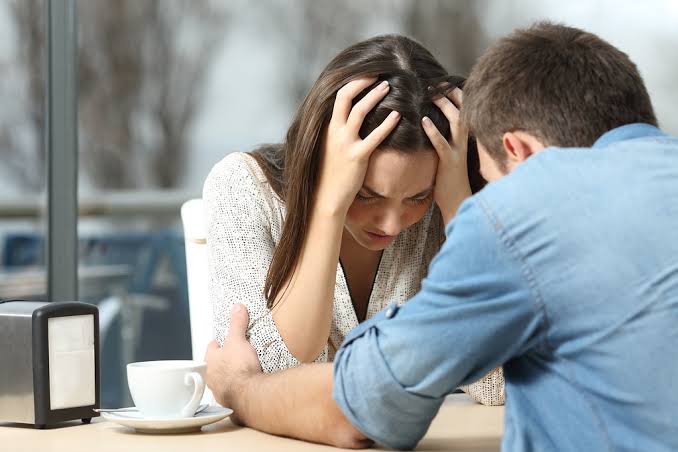 THE DAY MY HUSBAND LOST HIS JOB

It all happened a bit out of the blue really….. well, sort of. My husband had been a Director at his company in Dubai for a number of years and with the business becoming under increasing pressure from the market to ‘bring in the numbers,’ he had a sneaking suspicion that there were going to be big changes ahead…

Two months passed by, which could only be described as a pretty miserable time at work for him – but that misery was nothing compared to the times of worrying, heartache and burden ahead of us.

It was 2014 and I was happily going about the day’s chores when the phone rang; It was my husband. His voice was not the normal tone of a confident, outgoing professional, but a quivering, trembling man who was struggling to fight back the tears.

Those immortal words were murmured: “I’ve lost my job.”

My heart sank. “They’ve told me to pack my things up and go home” he said, and at that point, I found my natural ability to ‘mother’ him kick in. “Don’t worry, come home and we’ll talk about it” I said.

You see, we had that sneaking suspicion that this could happen, but the thing is, you don’t actually ever think that this will happen… Not to you anyway, because it only ever happens to someone else, right?

The next week or so, (after the initial shock had sunk in), we went over and over the signs that were there, making sense of all the things that had happened in the workplace leading up to the day he lost his job, and it dawned on us that on reflection, the writing had been on the wall.

We went through a roller coaster of emotions – of shock, disbelief, resentment, rationalisation, and ultimately acceptance – all in the space of a week.

The most difficult part was telling people. It was what I describe as the shame of actually articulating this that was so painful. It was like admitting that my husband wasn’t considered good enough to his company, so he was the one they decided to let go.

Questions started innocently on the school runs, when other parents started seeing him appear in the mornings: “you’re lucky not to do the drop off. Making the most of his holidays are we?” The thing is, I couldn’t actually bring myself to tell the truth that my husband had lost his job, so I dodged questions saying that he’s on holiday, until I plucked up the courage some weeks later.

You see, we had been spoilt for a long time, getting a good salary and bonus, a decent housing allowance, medical insurance and flights home. We had only ever lived the good life in Dubai having had total financial security. We never dreamt of having to look at what we spent money on, and had only ever seen redundancy from a distance, as something that only happens to somebody else…. And then all of a sudden, that carpet had been swiped from under our feet.

We put a plan together swiftly for him to get another job and then everything would be okay again – and back to normal. He dusted down his CV and went ahead for the next two weeks in systematically contacting as many recruitment companies and reaching out to friends and acquaintances, wherever he could.

We were filled with hope because some of these conversations went really well and it was encouraging that most of the recruiters recognised my husband’s experience and felt confident that something would come up and he’d get something soon.

However, days, then weeks and then months passed, and the money we had received for his end of service benefits began to run out. With this, the sleepless nights set in, as did the tummy turning moments and endless quarrels about whether we should pack up and leave the country and throw in the towel. After all, we had no income, and the school fees, rent and food bills never stopped.

Emotions ran so high in our house – especially frustration and guilt. My husband felt a tremendous amount of this for “letting our family down” and this is something that lived with us for ages.

But the truth of the matter was that it was nobody’s fault; it was a sign of the times, and in an ever increasing competitive world, we can see that his costs were higher than a cheaper replacement could ever have been. He’s just one of the many men in Dubai who got caught up in the great redundancy wave that continues to sweep over the UAE.

I didn’t want to leave Dubai. I mean, who would want to just pack up and go after all those (fabulous) years? And as much as I continued to pin all hopes on my friends comments saying “something will come up,” only a few things ever did.

On the surface, another ‘Director’ title sounded good, but as the realisation set in that none of these jobs were going to be right, (mostly salary wise) he ended up getting a handful of calls about jobs that were much lower down the ladder than what he’d been used to.

Eleven months passed, and we were still living in Dubai, but only just. Our financial buffers that allowed us to stay on, were about to run out and the pressure of making the decision about our future was immense.

Each interview that cropped up, resulted in our hopes rising every time as he consistently heard “we’re really impressed with you”, “we’d love to have you on board” and “we’re just waiting for some changes and budget approvals” – only to lead to nothing.

Then one day, after we gave up all hope, a position was offered to my husband. He had been offered a salary of 40% less, which at 46 years old, meant a deficit on our living costs, and ultimately not the role he wanted.

We were left with that massive decision – a job that allowed us to stay in Dubai, but one which ate into any savings we had, or to make the decision to go back home.

We stuck out staying in Dubai until the end of the school term and found ourselves reluctantly packing up our lives and heading back to the UK. No one could take away my pain of looking out of the window of the aeroplane as we went down the runway seeing those lights of Dubai one last time.

My husband did all he could for our family but we knew that whatever savings we had, were being eaten into at such a rapid rate, that a choice of lifestyle over a rational financial decision was not the right thing for us.

I can honestly say this was the worst and most worrying time of our lives. It was incredibly debilitating, humiliating and ultimately stressful, and only those who have been through this would be able to relate to how redundancy can shake your world upside down.

Now we live in Hampshire in a modest three bedroom house, and my days of driving a 4×4 and brunching are well and truly over! I’m back to the gloom of the British weather and I miss Dubai and my friends terribly….

On the upside, my Husband has a job; (not as well paid as the one in Dubai admittedly,) and we’ve still had to continue to tighten our belts, but we have security, stability and family harmony, which is worth more than you can ever imagine if you’ve ever had to go through the ordeal of this.

The True Cost of Living in Dubai

Feeling The Pinch With School Fees

How To Save Money Living in Dubai

A NEW TAKE ON THE TRADITIONAL AFTERNOON TEA

I Am Not Good Enough 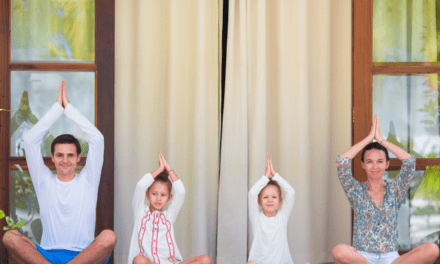 7 Rituals for a more Mindful Family

British Mums Partners with Letswork to offer a 25% Discount!