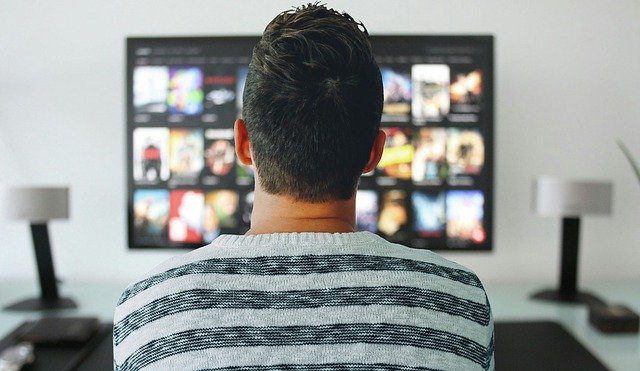 Beat the boredom with these fab Netflix shows for teens

We don’t know what it is but there is just something about watching teen movies or series. Whether it’s the nostalgia from remembering our own youth, or the way we can immerse ourselves into the story lines. Wasn’t life just so much easier as a teenager? When all we had to worry about was our first kiss, popularity and getting good grades! Back in the day we had Dawson’s Creek, Saved by the Bell and Byker Grove. Today, our teenagers are spoiled for choice with Netflix, Showmax and many more platforms offering endless options of teenage series and movies. This is the perfect time to sit down with your teenager and recapture those feelings! We’ve decided to put together this list of must-see Netflix shows that you can enjoy with your teen.

Though Netflix famously doesn’t release its box-office numbers, the company’s Chief Content Officer, Ted Sarandos, recently told Vulture this was “one of the most-watched movies in the country, and maybe in the world.” Perhaps its simple love-triangle setup is why it’s so popular: It follows best-friends Elle and Lee (Joey King and Joel Courtney) as their relationship changes as they get older — and Elle develops a crush on Lee’s brother (Jacob Elordi).

Never Have I Ever (Series)

The series centres on Devi, who was born in India but raised mostly in the US. She goes through lots of the typical teen struggles in this very funny show, such as her wish to be more popular in school or getting a boyfriend. This is a show with a highly diverse cast, and that, combined with some laugh-out loud funny scenes, makes this one of the best teen shows on Netflix right out of the gate.

To All the Boys I’ve Loved Before (Series)

By now, you probably know the tale of Lara Jean, whose meddling sister mails personal letters to her all-time top-five crushes. But this is the movie that gave Noah Centineo to the world, so there is absolutely no harm in watching it again. Follow it up with the sequel, To All the Boys: P.S. I Still Love You

Riverdale brings the classic characters of the Archie comics to the small screen — except where the comics were cartoonish and light hearted, this series offers something a bit grimmer. It’s weird, goofy, and melodramatic in a way only a show about extremely hormonal teens can be. If you’re looking for small town intrigue featuring a cast of eccentric characters, played by actors who all seem just a little too attractive, look no further.

The Edge of Seventeen (Movie)

Nadine (Hailee Steinfeld) thinks her life is a mess — don’t we all at that age, though? But things only get more complicated for her when her best friend, Krista (Haley Lu Richardson) starts dating her more popular older brother (Blake Jenner). It’s almost the perfect flipside to The Kissing Booth.

Atypical follows autistic teen Sam Gardner (Keir Gilchrist) in his quest to get a girlfriend, and looks at the ways in which that goal affects his family. This smart coming of age drama offers an interesting look at an autistic person learning to interact with a world that doesn’t move at his pace, and at the people around him all learning how to interact with him.

Four friends make a bunch of ill-advised decisions during the last two weeks of high school — not that any of us would know anything about that. Lucy Hale, Awkwafina, Kathryn Prescott, and Alexandra Shipp star in this story of teens acting out.

Set in the Outer Banks islands of North Carolina, this series follows a group of good looking teenagers who are spending the summer together. However, one of them has a missing father, and the group wants to find him.  But it turns out that the biggest element of the series is a Goonies-esque treasure hunt that puts them in some very real danger (but with a very major prize at the end).

If you’re in the mood for something about self-love, this movie follows the plus-size teen (Danielle Macdonald), the daughter of a former beauty queen (Jennifer Aniston), who signs up for a beauty pageant to spite her mother — only to realise she’s inspired others to try out, too.

The series revolves around seventeen-year-old high school student Clay Jensen and his deceased friend Hannah Baker, who takes her own life after having to face a culture of gossip, bullying and sexual assault at her high school and a lack of support from her friends, her family and her school. A box of cassette tapes recorded by Hannah in the weeks preceding her suicide detail why she chose to end her life. Coinciding with the release of the second season, Netflix released a video with the cast that cautioned viewers on some of the topics covered in the show and provided a support website with crisis numbers for people affected by depression, anxiety and other mental health issues.

Saying Goodbye To The Children You’ve Taught All Year

10 Skills That The Best Husbands Have Mastered

10 Frustrating Things That British Toddlers Do

Positive Parenting Tips for your pre-teen

Thinking of getting a pool? Here are your Top 10 questions answered!